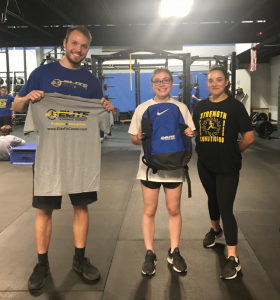 Gillian Gordon, 17, hails from Canton and is this month’s Athlete of the Month! Gillian pitches and plays second base on the Canton High School softball team and is also a me 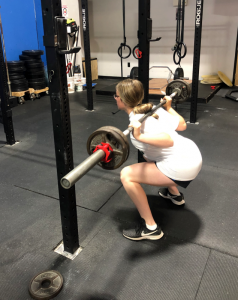 mber of the Lady Sting. Lady Sting is a fast pitch softball club team out of West Bridgewater, MA made up of college showcase teams for all age divisions. Lady Sting teams play at the highest level of competition; Gillian once pitches ten innings, six innings which were tied and she let ZERO runs score!

Gillian is one of the most consistent, hard working, determined, passionate, motivated, and driven athletes we have at Elite Sports & Physical Therapy in Stoughton (to say the least!). These are all characteristics Gillian herself would use to describe a “true athlete”. She has been training with us since August 2020 and continues to see a huge difference in her pitching, batting, and base running speed. Gillian’s favorite part of training at Elite is “the feeling of accomplishment after a session and the motivating atmosphere and culture of Elite!”

Gillian recently recovered from an ankle surgery and has since used this setback as a motivation to do better. With her head held high and injury a thing of the past, she says that the want to play softball again was so powerful that it motivated her to get stronger. “Softball has given me confidence and goals to achieve. I continue to train because I want to play in college; it has been a dream of mine since I was 10.” Her motivation and hard work has been paying off; she is currently discussing softball programs with college coaches once she graduates from high school.

Gillian’s all-time favorite athlete remains Julian Edelman, former New England Patriots wide receiver. She’s been told since she was young that she is too small to be a pitcher; Edelman was told the same throughout his football career. Seeing Edelman’s success and passion for the game has inspired Gillian to keep pushing despite her size. Edelman once said, “When someone says you’re not good enough you can prove them right or you can prove them wrong.” Keep working hard and proving them wrong, Gillian! After high school, Gillian plans to play softball at the D3 level while also pursuing a degree in nursing or public health. She continues to inspire the other athletes around her with her determination and drive, and that is why Elite is proud and excited to honor Gillian Gordon as our Athlete of the Month for July 2021!

Elite offers Sports Performance and Athlete Training programs at both our Foxboro and Stoughton locations. To learn more about our programs for athletes of all ages and sports, how you or an athlete in your family can become our NEXT Athlete of the Month, or learn more about our 20th Anniversary Summer Sports Performance Special, click HERE or email us at EliteSPC@EliteFitCenter.com!

If I had a dollar for every time I heard someone had tight hamstrings, I wouldn’t need to be writing this blog right now.  You’ve tried copious…