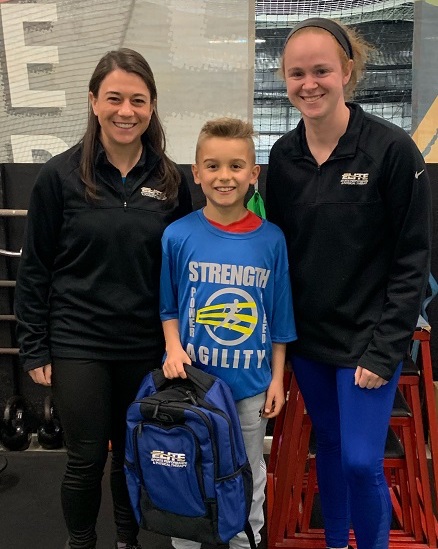 Andy Pollart, 10, from Foxboro, joined Elite Sports Performance & Physical Therapy in early February. Andy is an avid soccer and
futsol athlete, playing defense / mid-field, who worked with Elite’s Physical Therapist, Meredith Rogazzo, to recover and get back on the field after a nagging knee injury!

After about three months of physical therapy and a lot of hard work, he quickly fell in love with the atmosphere and athlete camaraderie at Elite — he never wanted to leave! After clearance from Meredith, Andy began to participate in Elite’s S.P.A.R. (Speed, Power, Agility, and Reaction) sessions with a few of his teammates. He now trains multiple times a week!

He always felt that he was going to return to the team and become stronger than he was before. Since making the transition from physical therapy to training, Andy has done just that! He has noticed significant improvements in his speed with and without the ball. The increase in Andy’s lower body power and his explosiveness with the ball has increased the strength and power behind his shot!

Andy, co-captain, plays on one of the top club teams in the area, NEFC, where he competes in tournaments in MA & CT. Even at a young age, he shows great promise, to his coaches at Elite and to his teammates on the soccer field. It is always a pleasure to have him at Elite, his outstanding efforts, competitive edge and natural ability towards the game have him leading the pack! Andy loves being part of any team (NEFC or the Elite team!), working hard every session, but also having fun with all the other athletes. He is a great asset to any team’s success.

Andy tells other athletes to “work hard, even when you are tired. Push through!” Eventually, Andy’s goal is to participate in the New England Revolution Academy and become a professional soccer player. If you stay committed and dedicated to training like Andy, anything is possible! We are honored and excited to name Andy Pollart as Elite’s Athlete of the Month for December! Congratulations Andy, way to be Elite and get after it! 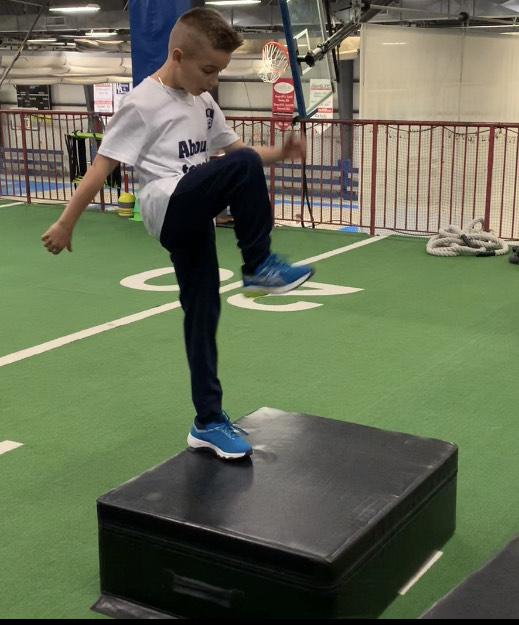 Brenna Hoyt, of Foxboro, is a sophomore at Foxboro High School and plays volleyball and softball for the Warriors. Brenna arrived at Elite in…