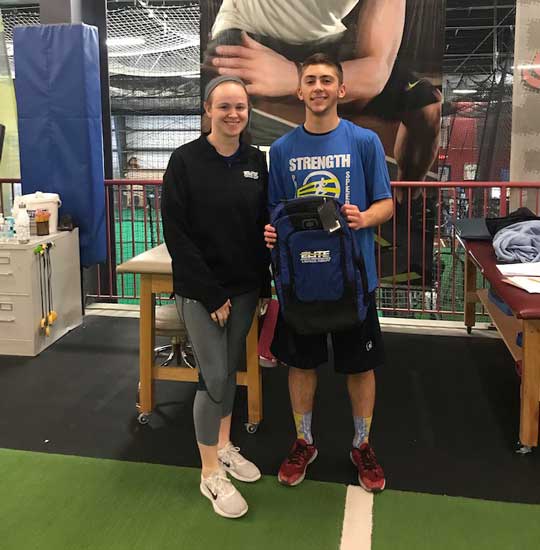 Nic “Nota” Notarangelo, a junior from Taunton, joined Elite in August 2018 in preparation for his spring baseball season for the Taunton High School Tigers.  Nic has been dedicated to his training; participating in Elite’s Athlete Training Membership and S.P.A.R. (Speed, Power, Agility, and Reaction) classes, in addition to the GBG Hawks Friday Night workouts.

Nic trains about four days a week and has seen incredible improvements in his strength, power, speed, and agility.  He is most proud of his long jump record on our Elitest board of 268cm (an increase of 18cm in less than six months!)  Nic is constantly challenged and motivated by the friendly competition among Elite members and is proud of the multiple records he currently holds.

He is even more excited about his improvements at the plate and on the mound due to his increased power and strength!  Nic is a role model for younger athletes, as he encompasses what all athletes need to succeed – in his own words, “hard work, dedication, and enthusiasm!” Nic’s GBG Hawks coaches agree as they selected him for the Coaches Award for his positive attitude and exemplary play.  Nic loves to watch Jacoby Ellsbury play and it shows in his own game. Nic is known for his speed, grit, and ability to throw players out at the plate from the outfield! 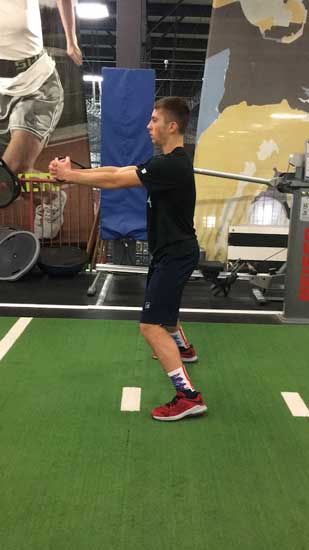 At Elite, we try to celebrate those athletes who are more than just good at their sport, but also great individuals and role models as well.  Nic is most certainly one of these, his advice to younger athletes: “don’t be afraid to fail, you can only learn from your mistakes.”  Great advice for any athlete trying to improve and following their dreams!

Nic plans to attend college (hopefully at the University of North Carolina – fingers crossed!), study communications and become a sports broadcaster!  Congratulations Nota, Elite’s Athlete of the Month for March 2019.  We are all very proud of you!  Good luck this spring, we know you are going to “get after it” on the diamond!

Rohan Jayaraman, 16, of Foxboro, is a junior at the Wheeler School in Providence, RI and is a member of the basketball program. Rohan began…